This job is no longer accepting applications.

Voodoo is a Tech company that creates and publishes hyper-casual and casual mobile games for a wide audience. It is the worldwide leader in the mobile game market through snackable, innovative, and creative content combining data and new technologies.

The company raised $200M in 2018. More recently, Tencent has become a minority stakeholder in Voodoo, with a role in framing our strategy to dominate the Asia Pacific region.

#1 worldwide in mobile game downloads, and regularly at the top of the App Store rankings, our games have about 300 million monthly active users and +5 billion downloads since our creation. Voodoo is one of the most impressive examples of hypergrowth in the ecosystem, having multiplied its turnover by 5 over the past few years.

Voodoo acknowledges the talent pool in Turkey on mobile gaming and is willing to support the operations of Reptom, a hyper-casual gaming studio in Turkey.

With more than 400 employees around the world, we would love you to apply to join an ambitious, innovative and international ecosystem!

You will have the opportunity to be one of the first members of Reptom, the first studio established with Voodoo’s full support in Turkey, and join the newly created small, passionate team focusing on creating and testing new game prototypes! On day zero, we aim to create a team with two wonderfully talented developers and an artist and enable them to start prototyping right away to find the next big hit. When joining Reptom and Voodoo, you will have a strong impact on the business and a unique opportunity to reach hundreds of millions of users. You will frequently engage with stakeholders from Voodoo’s ecosystem and become part of a "best-in-class" international team who are committed to contributing to the success of Reptom. You will take an innovative approach to gameplay ideas and features and give them your own spin. This is a high-ownership function in an agile studio where decisions are made collaboratively in a flat management structure.

With this role, you will have a strong impact on the company by contributing daily to important decisions with a multidisciplinary team of passionate people that constantly seek for success. Flesh out the details of a game's design, oversee its testing, and revise the game in response to player feedback. With your creativity and your teamwork, we will create the next hit game and entertain millions of people!

What will be your main challenges?

What do we expect?

Does this sound like it was written with you in mind? Excellent! Put in your application and let's discuss the possibilities!

Your application has been successfully submitted. 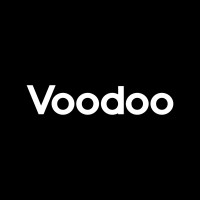